To do Frontside 180 Ollie, you need to Ollie for air while turning the board and fingers so they rotate 180 degrees in the same direction. 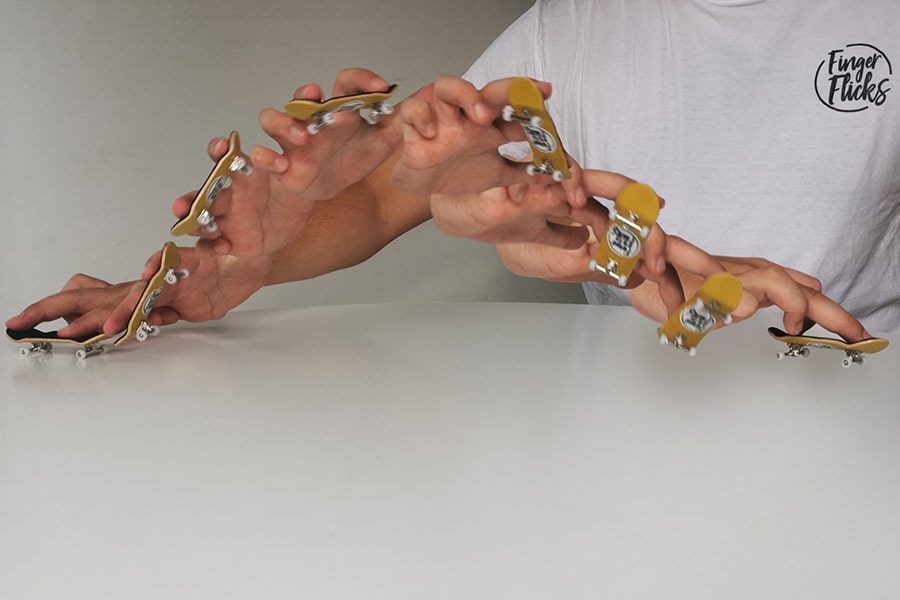 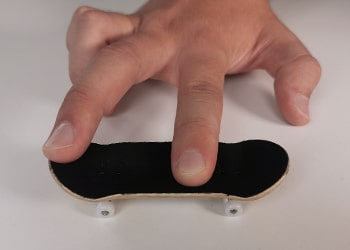 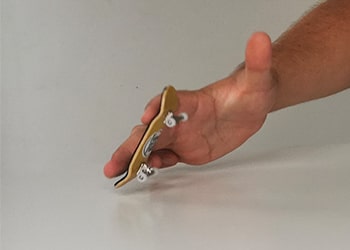 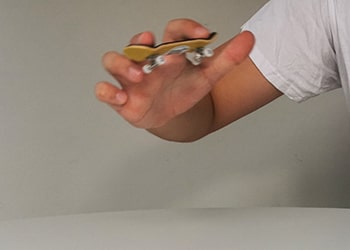 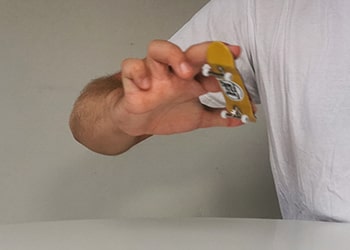 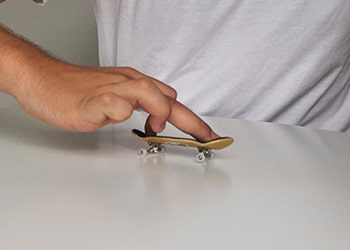 To practice the rotation itself, it can be helpful to try and do the 180, but instead of focusing on a high Ollie, try just to focus on the pop of the Ollie and the rotation of fingers, hand and wrist. This way you can always add more height later on by focusing more on the Ollie itself before rotating. Before learning 180 Ollies, it is important to have learned a consistent Ollie – Click here to visit my guide on learning Ollies.

It can be difficult to get the full 180 degree rotation when learning Frontside 180 Ollies, sometimes you land with in a 90 degree “powerslide” position. You can let the wheels slide and revert the rest or add more scoop when popping the tail (step 2) which should help to a faster rotation.

If you struggle to catch air, try to focus more on the Ollie itself rather than the rotation by doing the rotation slower when popping the board and giving slightly more time to Ollie higher. It is important to have learned a solid Ollie before trying 180 Ollies.

The difference between Frontside and Backside 180 Ollies

When rolling forward to Ollie, bringing the back of your hand in the direction you are rolling is considered a Frontside (fs) rotation.

While bringing the palm of your hand in the direction you are rolling is considered a Backside (bs) rotation.

When comparing the difficulty of Frontside and Backside 180 Ollies, the Frontside 180 is definitely the easiest learning to begin with. This is because the Backside 180 is slightly more technical, often requiring you to tuck your backfinger when landing the rotation.

180 Ollies are essential when trying to learn slides on a fingerboard, where the 90 degree Ollie is needed to land in boardslides, noseslides and tailslides.

You can also experiment with doing 180 Ollies into grinds, which is more advanced and very stylish!